This project consisted of renovating two standpipes owned and operated by the City of Gonzales. The first phase involved minor structural modifications, replacement of the interior coating and installation of a cathodic protection system for a 1.5 million gallon standpipe. As part of the project, safety climb equipment was upgraded and a drain line was installed on the tank. The interior of the standpipe received a “Near White” blast cleaning and three coats of polyamidoamine epoxy. A dehumidifier unit was used for interior climate control.

The second phase of the project involved interior and exterior renovation of a 2.5 million gallon standpipe. Structural modifications included replacement of safety climb equipment, replacement of roof vent, and installation of a reinforced “door sheet” for the interior renovations. The interior of the standpipe received a “Near White” blast cleaning and three coats of polyamide epoxy. The exterior of the tank received spot “brush blast” and a high-pressure water blast followed by two coats of “direct to metal” hydrophobic acrylic polymer. After coating operations were completed, a new electrical system including obstruction light and cathodic protection system was installed. 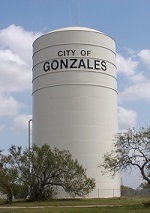