Thonhoff Consulting Engineers developed a comprehensive master plan for the City of Burnet. The project was funded by the Texas Department of Housing and Community Affairs. Volume I of the plan provided an economic development analysis, population studies, housing study, land use study, street study, and central business district plan.

Volume II of the plan provided a complete analysis of the water, wastewater, and electric utility systems. For each utility, a complete inventory was performed, the rated capacity and cost of service was calculated, and a utility improvements plan was projected through 2012. In addition, TCE updated utility mapping for water, wastewater, and electric. 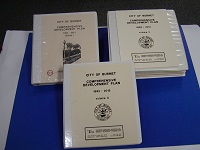